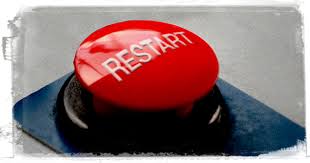 Have you had your serving of humble pie. Humility. This word is a very misunderstood. Here is what being is NOT:

Here is a dictionary definition of humility:

a modest or low view of one’s own importance; humbleness. lowliness, meekness, submissiveness

Humility in the Word of God speaks to one having a character of reverence toward God only and not of ourselves. Having the spirit of humility is in direction opposition to a proud & haughty spirit. The Lord gives those who are submitted the grace to wear the garment of humility. In its silence, humility speaks louder than any boisterous prideful and obnoxious character. It doesn’t to the lack of power but exemplified true power under control (Prov. 22:4; I Peter 5:5).

3 Let nothing be done through strife or vainglory; but in lowliness of mind let each esteem other better than themselves.

4 Look not every man on his own things, but every man also on the things of others.

5 Let this mind be in you, which was also in Christ Jesus:

6 Who, being in the form of God, thought it not robbery to be equal with God:

7 But made himself of no reputation, and took upon him the form of a servant, and was made in the likeness of men:

8 And being found in fashion as a man, he humbled himself, and became obedient unto death, even the death of the cross.

9 Wherefore God also hath highly exalted him, and given him a name which is above every name:

11 And that every tongue should confess that Jesus Christ is Lord, to the glory of God the Father. (Philippians 2:311, KJV)

Anyone down there listening???….

We live in a society that embraces the quick fix. If it takes more than a minute we don’t want it! This mind set is a destructive one. It feeds into the notion that diligence and perseverance are archaic and is no longer desired or needed. Did you not know that God’s timing is NOT our timing? Often times God’s timing feels a bit slower than ours. His Word says that there is a “time” & “season” for everything.  A day with the Lord is as a thousand years and thousand years as one day.

Do you remember when you gave your life to the Lord? You were probably were told — “Now everything is going to be ALLL right!” In a sense everything is “all right”, because you gave your life to Christ and judicially you can stand before God and your current path isn’t a path — to Hell! Most of us forget to read the print in the Book … the Good Book… The Bible… The WORD of God.  Most of the time we aren’t told about the spiritual battle we have just signed up for! After our conversion, we must get disciplined in His word so that our minds can be TRANSFORMED to the mind of Christ. How is it that we have lived the majority of our life in sin and to the dictates of our flesh and think that we must not go through a process of change… transformation… deliverance… and sanctification?

Can we please keep it real and stay in the realm of reality???

I had a conversation with an associate of mine, who announced to me that finally they’ve decided to do what the Lord has called them to do! After years of living their life out of the will of God, in rebellion & disobedience, they have had the “epiphany” they were ready to preach the Word of God! Ok.. What happened to the period of time where you start getting delivered from all the disobedience you walked in and become a faithful steward? What happened to your PROCESS?? Certainly you’re not counting all those years of rebellion to God has your preparation time?

The word of God says that He exalts only those who humble themselves. Those who exalt themselves will be abased!

This is an act of your will — you must choose to be humble.

Humble yourselves therefore under the mighty hand of God, that he may exalt you in due time: 1 Peter 5:6

Ok, so now that we have gotten right with the Lord, whether it is for the first time or after being rebellious to His Will, we must basically SIT DOWN! Our zeal is only to encourage us and excite us to go on to KNOW Him further. This is not a license to skip over His designed process — sanctification which includes discipleship. Even Jesus went through a process.

Are you being the servant greater than your Master?

Until Next Time … VMarie aka Thr33

“Humility needs no other voice… it can speak for itself!” – VMS